Thursday 11th July for Hull departures - Ok, so this is for any booking on the overnight boat from Hull ONLY, for the cruise over to the continent on the evening of Thursday 11th July. We will meet in front of the ferry terminal building at P&O Ferries North Sea Ferries Ltd, Hull Ferry Terminal 2, King George Dock, Hedon Road, Hull, HU9 5PS no later than 4.30 PM before boarding the overnight ferry. Please fuel up as you come through Hull so we can all hit the road with full tanks. Once we have boarded and made the bikes safe we will grab our rooms and then watch as we set sail for the continent. Always a good night and a good sleep overnight to arrive early in Zeebrugge. Any taking the Zeebrugge/Hull return need to also be at Zeebrugge docks no later than 4.30 PM on Tuesday 21st July.

Friday 12th July for Dover departures - So for any who have selected the Dover/Calais return option. You are sailing on the TBA... AM P&O boat to Calais on the morning of Friday 12th July. You need to be meeting in the car park just off the roundabout at the bottom of the A2 ramp before TBA..AM so you can all then board together no later than TBA..AM. You will then be off the boat and rolling in in Calais around 9.30/10.00AM local time. On leaving the port you need to follow the signs for the A26 heading for Saint-Quentin/ Reims. Once on the A26 continue towards Reims until you get to the A1 Paris/Lille split. Stay on the A26 heading for Reims, but pull in at the first petrol stop after the A1 split (It is almost exactly 10 miles from the A1 split bill :-)) - Called Rumaucourt, or Baralle, it's a BP I think, and well before the A2 split where you will have gone too far. Here, both groups will meet and fuel up around 11 to 11.30 AM local time before then making our way together through France to our first nights digs near Geneva.

A very special trip indeed. As always, I have been working very hard to find ways to further improve our annual trip to the Stella Alpina Rally and this year its going to be all the very best, with a good rest, old school, Alpine Holiday/adventure. It will have all the very best from over the years, so don't worry, you will still get the chance to ride all your old favorite passes, including many of the highest and most stunning road passes in the Alps. But for this year, the plan is to take it a little more relaxed, after all, we are on holiday. But still some new stuff for the more adventurous types amongst you. The trip will include many of the very best and highest mountain passes on route to explore our all time favorite corner of the Alps. This will without doubt be an excellent and enjoyable trip with plenty of new and old places to see, while having time to chat, drink and even get a rest. This whole trip will be a biking Nirvana, doing the best roads and passes while having a little more time for coffee, before we drink, eat and chill in nice hotels. And yes, a chance to do something a little different is planned for the 'brave' and all those who want to swap the bike for something a little higher, something very different. Not one to miss..

The full itinerary will appear here: - BTBC STELLA ALPINA 2019 + ALL THE VERY BEST WITH A REST, but due to a number of new digs and the complicated route, I would ask that interested parties put their names down as soon as they can if they want to go and book in quickly to help me with the planning. Also, it will give me an idea of which crossings to book as these have to be paid well in advance. I will have no choice but to close this trip early, as most of the digs must be paid for in advance and I have to confirm numbers well in advance of our trip or let the rooms go. Unfortunately, this will make it almost impossible to squeeze people in at the last minute as has sometimes been the case in the past, so please be aware now that once the places have gone, they have gone and the only chance of coming will be as a replacement for someone already booked who has to cancel, their place will effectively be sold to you. Clearly this severely limits the possibility of going if you don't book in early. Very strict numbers on this trip due to limited beds at one Hotel with no alternative I am afraid, so please do not be disappointing or disappointed, book early and know you are on.

To book your place on The Stella Alpina 2019 + All The Very Best With A Rest (A TRIP NOT TO BE MISSED!), hit this link, then print off a booking form. Send this along with your remittance ASAP.

Warning - Alpine Roads and Scenery, when mixed with the Stella Alpina Rally, Bikes and a little water are known to cause Stellinitis. This disease creates an almost uncontrollable urge to return to the point of infection. There is no cure. The only relief known is regular visits to the infection site which can create personal problems through the long term nature of this infection. YOU HAVE BEEN WARNED.

The Stella Alpina itself takes place on Sunday 14th July in Bardonecchia, Northern Italy. It is a large trial bike Rally with several thousand bikes turning up over the weekend to ride up the mountain road on Sunday morning. It is not a competitive event but more a large gathering of like minded people. A finishers medal can be purchased by reaching a point on the track that the organiser's feel a well ridden road bike can get to, for the more adventurous the track continues and some may even reach the top. This whole area is Big Bike heaven, with many very small surfaced and UN-surfaced High Alp passes to explore. Join the BTB.C trip to THE STELLA ALPINA 2019 + ALL THE VERY BEST WITH A REST (A TRIP NOT TO BE MISSED) and benefit from over 28 years of experience in these areas and at the event. How did the Stella Alpina Rally all start? 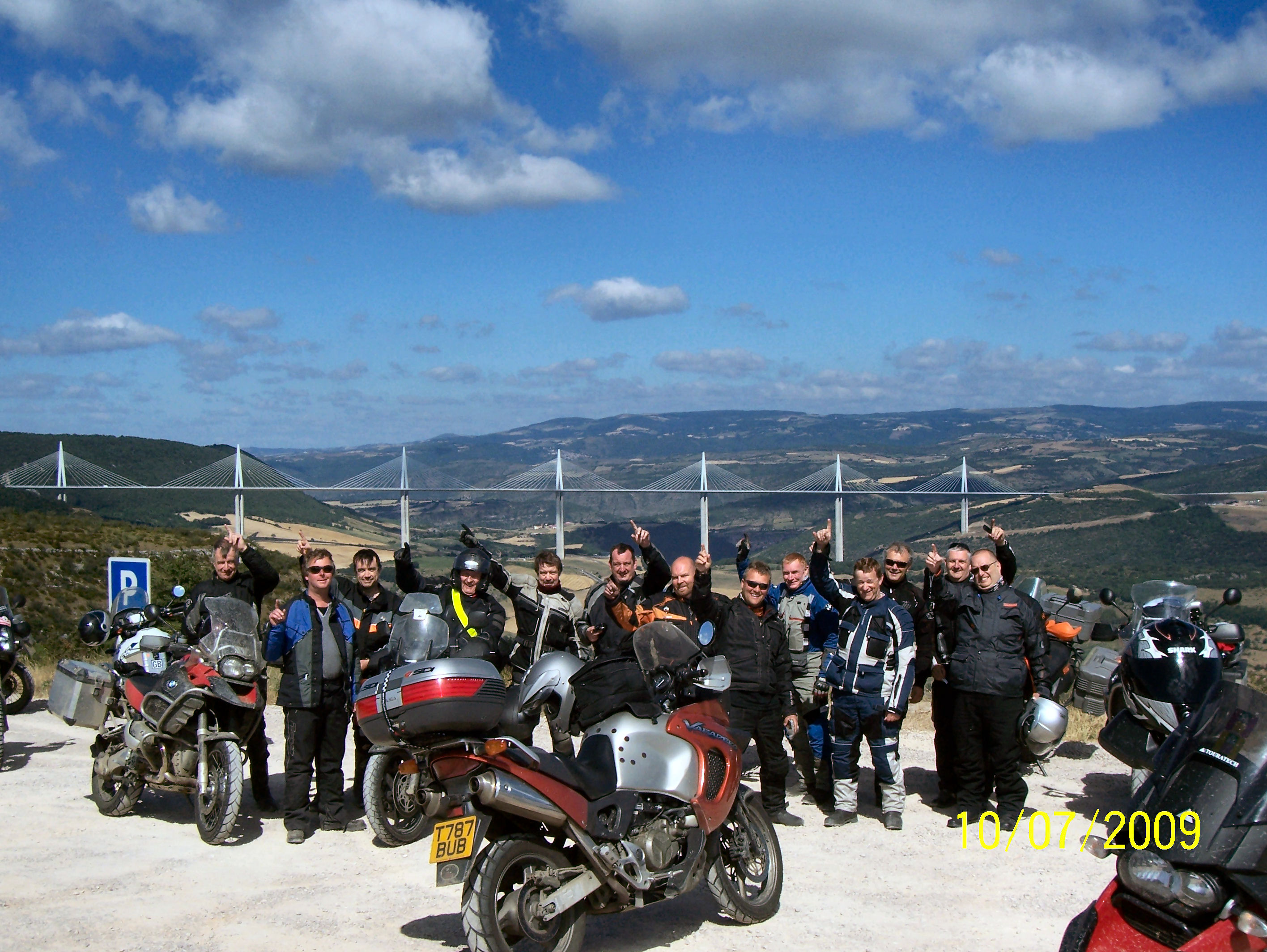 Pictures from past trips to the Stella Alpina.